What a week! For the first time the MTV EMAs 2022 took place in Düsseldorf on the 13th of November 2022 in the PSD Bank Dome and put the whole city in a festive and musical mood. The party lasted the whole week as part of the MTV Music Week. For our client Replay, we created an integrated concept that reaches the target group of Generation Z in a sustainable way through Social Media and physical at the Point of Sale.

DFROST designed a contest with the help of sophisticated retail fixtures such as the highlight arch and a stand-out window campaign, combining physical and digital elements. The arch was used to motivate the target group to participate in Replay’s contest, where participants can win tickets to the MTV EMAs 2022 as well as an entire outfit of the classic and renowned brand Replay. The contest focuses on the Social Media platform »TikTok«. Participants pose in one of Replay’s modern and timeless denim jackets, upload their video on »TikTok« and earn the chance to be part of the MTV European Music Awards 2022 in a high-quality outfit. The contest ran both in advance in the PSD Bank Dome Arena as well as afterwards in the Replay Store in Düsseldorf and ended with a fitting of the winner.

In addition to the enormous highlight arch and the appealing window display, the retail experts of DFROST designed guerrilla floor stickers, which led directly from the subway station in Düsseldorf to the Replay Store, thus attracting the target group and drawing their attention to the campaign. DFROST shows that physical and digital elements can always be combined and omnichanneling has become an integral part of retail. 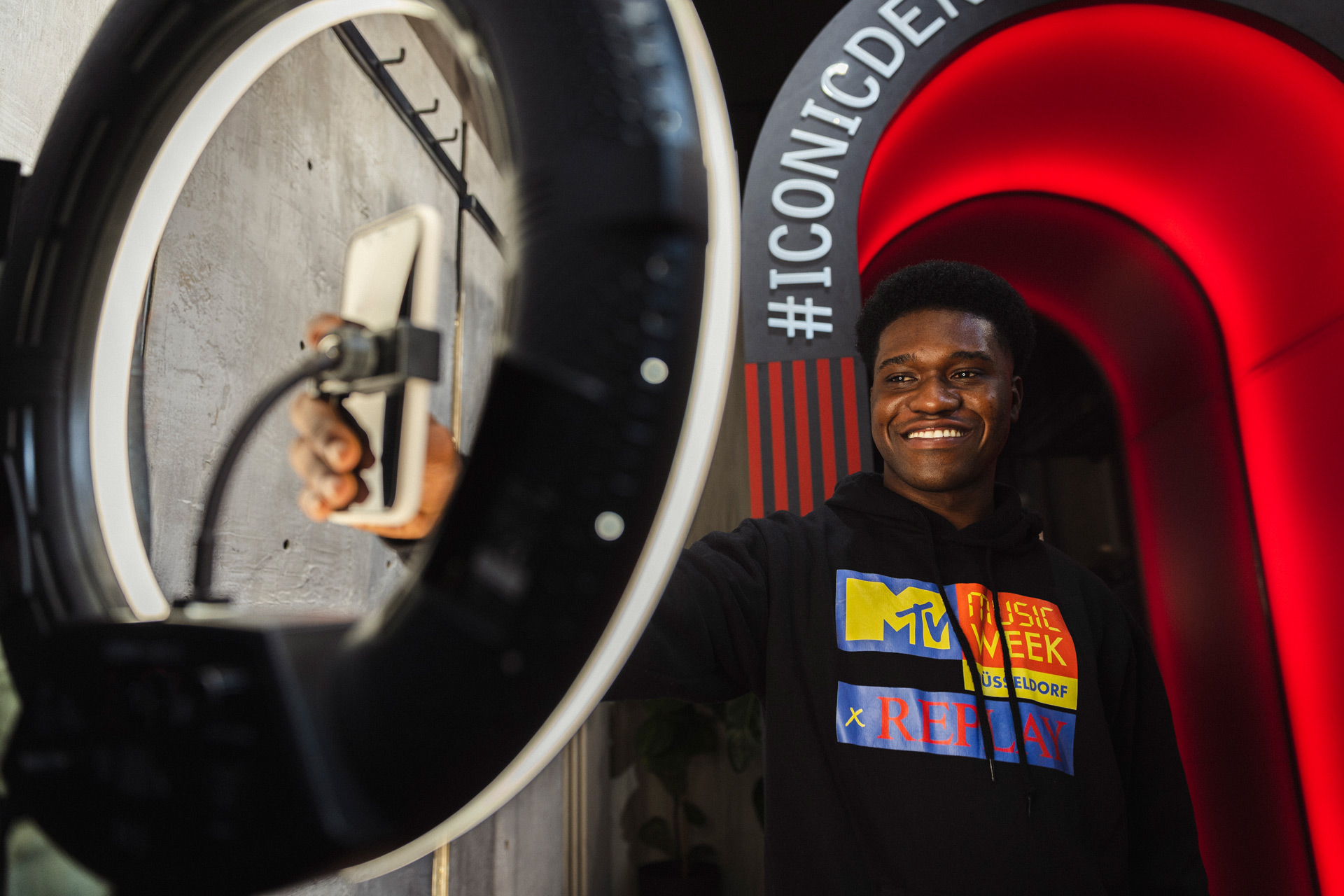 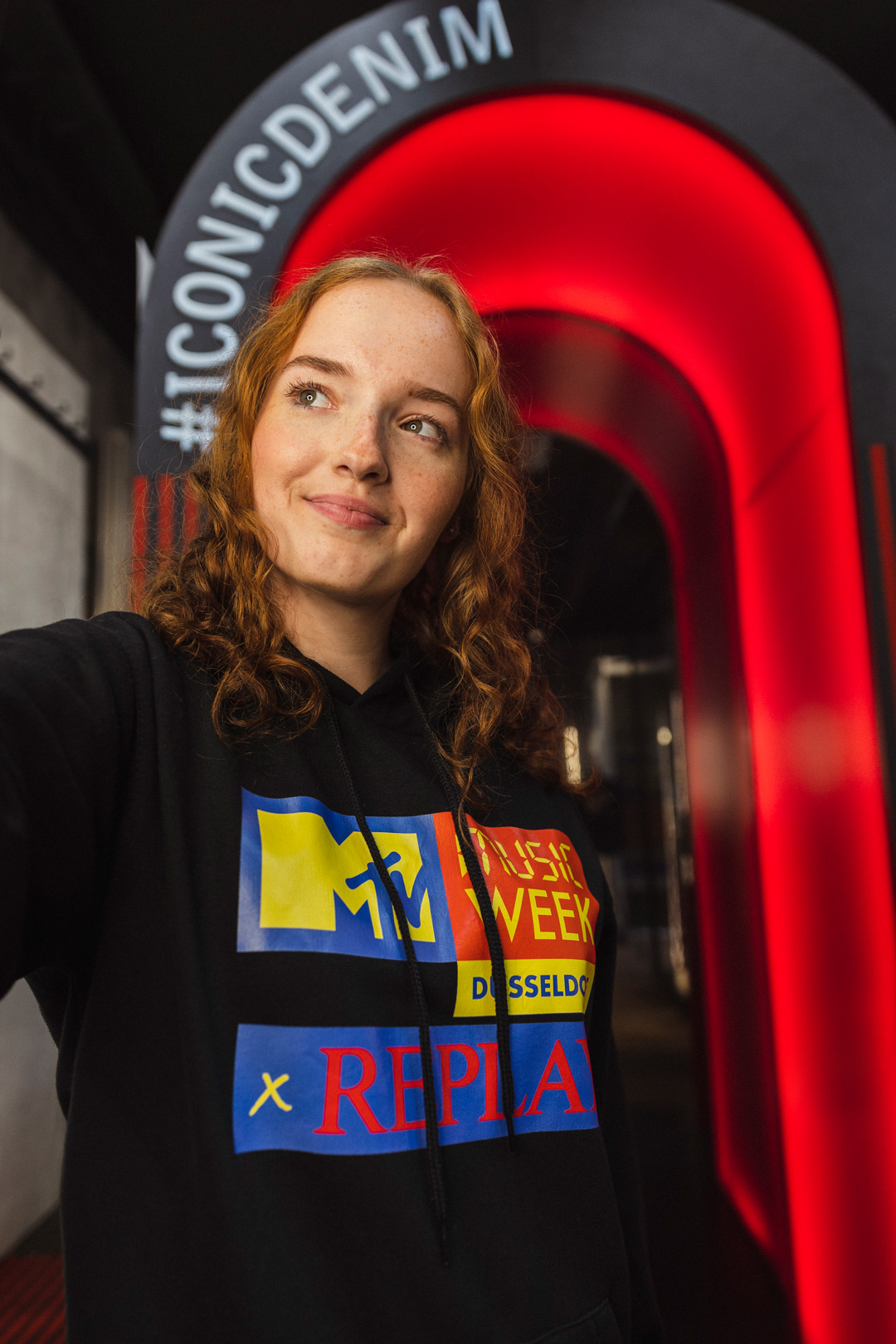 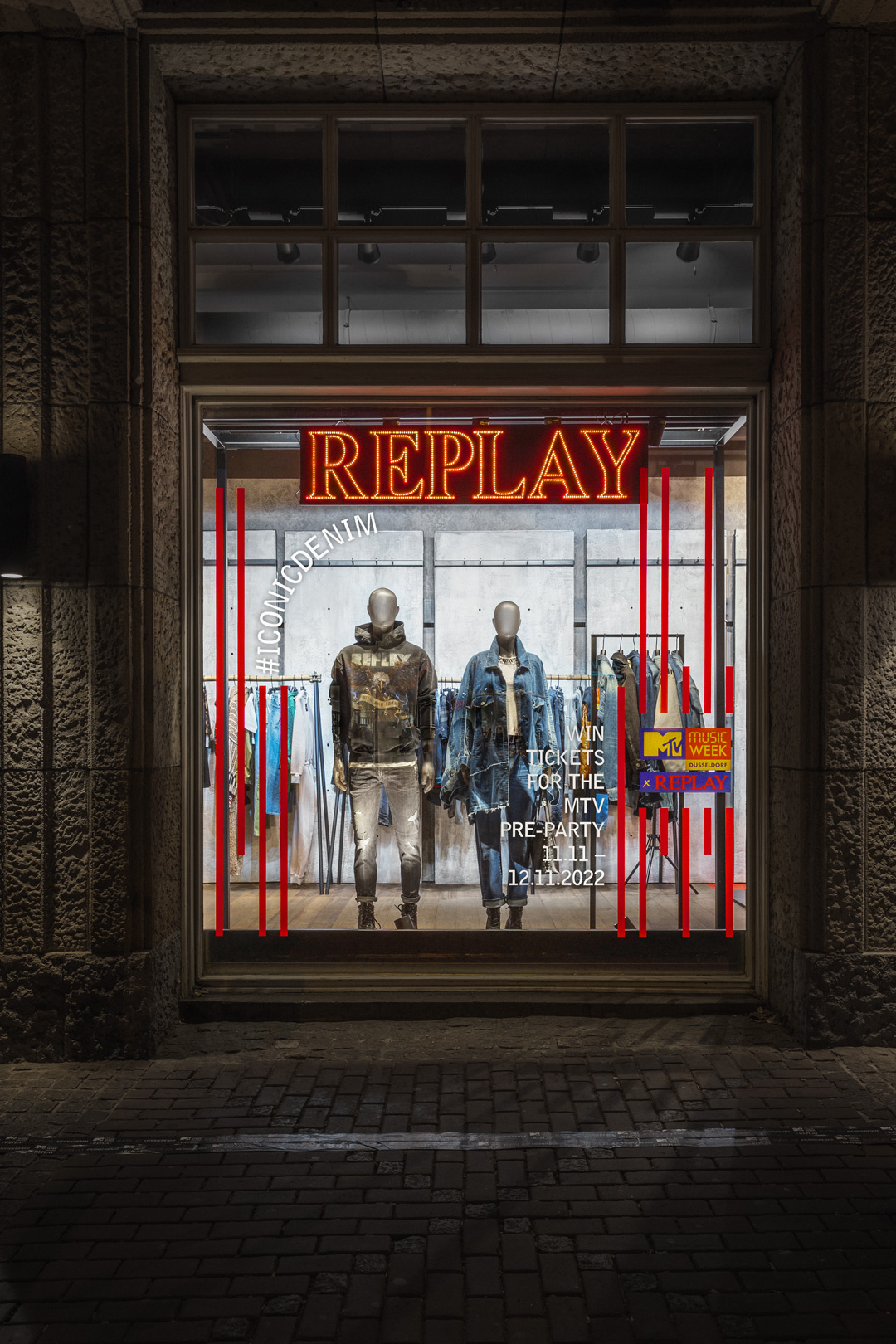 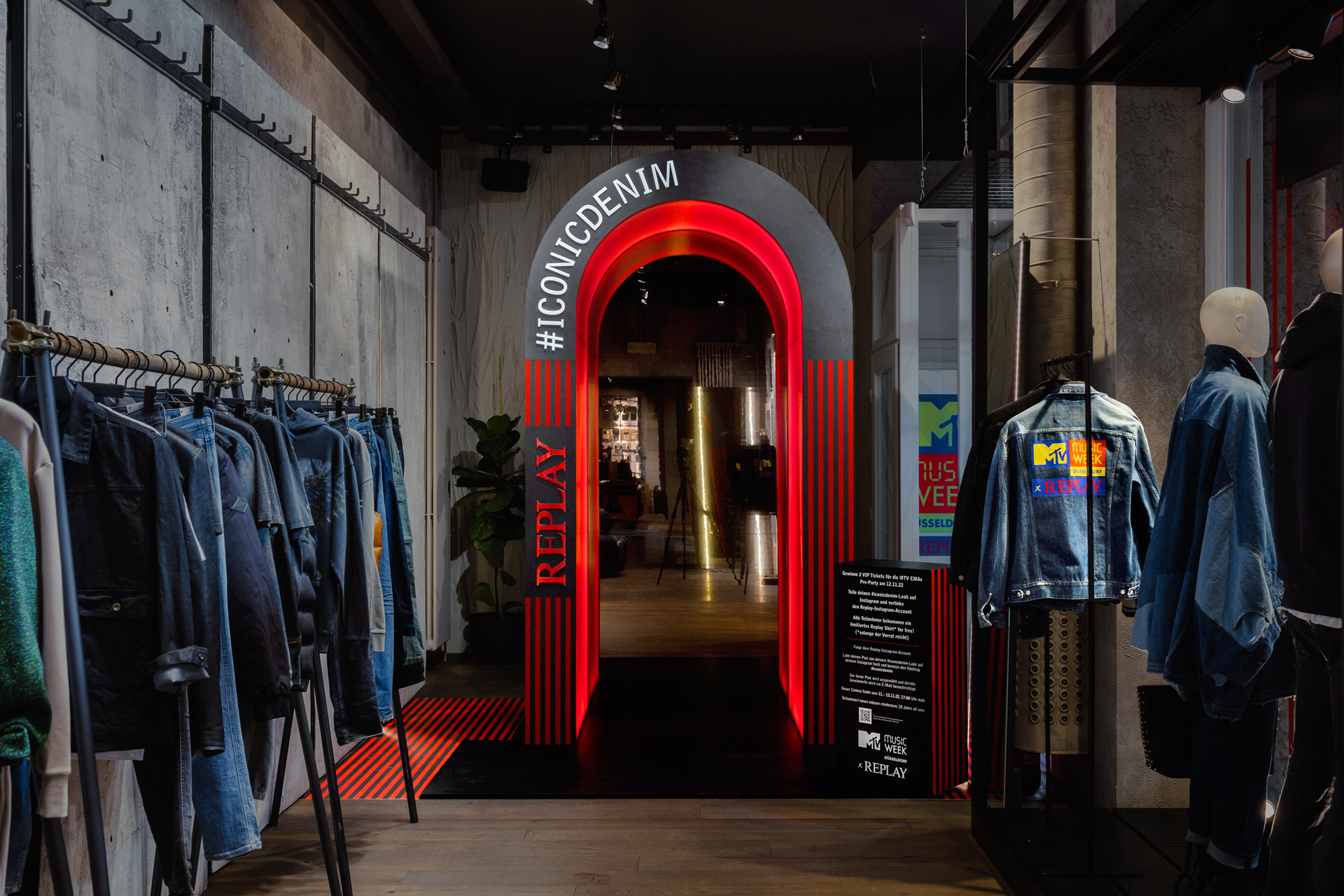 TOUGH AS YOU POP-UP

You can find out more about which cookies we are using or switch them off in settings.

This website uses cookies so that we can provide you with the best user experience possible. Cookie information is stored in your browser and performs functions such as recognising you when you return to our website and helping our team to understand which sections of the website you find most interesting and useful.

Strictly Necessary Cookie should be enabled at all times so that we can save your preferences for cookie settings.

If you disable this cookie, we will not be able to save your preferences. This means that every time you visit this website you will need to enable or disable cookies again.

This website uses Google Analytics to collect anonymous information such as the number of visitors to the site, and the most popular pages.

Please enable Strictly Necessary Cookies first so that we can save your preferences!